How Chromatography Is Used to Create Medical Cannabis Products 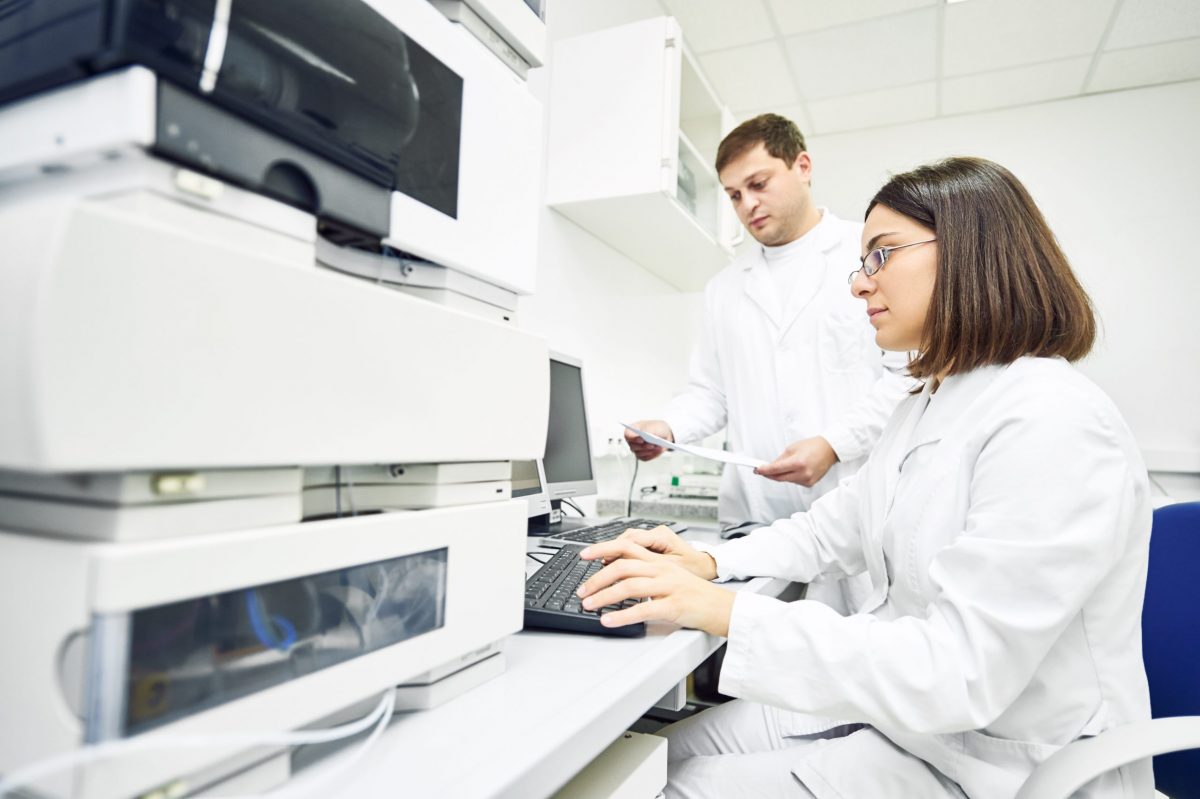 Medical cannabis is an emerging industry in dozens of states around the country. Because it is still emerging, growers and processors alike are still learning how to create the best products for the medical market. This requires all sorts of testing and experimentation. Chromatography is a big part of it.

Chromatography is a process of separating the various components in a substance using two phases known as the mobile phase and stationary phase. The process takes advantage of the fact that various molecules travel at different speeds based on their unique characteristics. Medical cannabis processors can utilize chromatography for both testing purposes and developing new products.

You might be interested to know that chromatography was first developed as a means of separating the components found in pigments. Artists hoping to develop new colors placed dyes in containers of water or alcohol to dissolve them. Then they dipped a piece of paper or cloth into the mixture. As the liquid mixture ascended the cloth or paper, the various molecules would travel upward at different rates of speed, thereby separating themselves from one another as they went.

Chromatography for medical cannabis works in much the same way. Compounds are dissolved in either a gaseous or liquid solvent. This is the stationary phase. Then a medium is placed into the resulting solution to attract its constituent molecules. Those molecules travel up the medium by way of capillary action. This is the mobile phase.

In the medical cannabis arena, chromatography is utilized to test the results of CBD extraction. This is important for the simple fact that cannabis plants contain a hundred cannabinoids, plus terpenes and other compounds. CedarStoneIndustry, a Houston company that manufactures extraction equipment, says that different extraction methods produce different results.

Testing tells processors exactly what is in a raw extract. It may reveal quite a difference between extracts of the same plant created by different means. Why would a processor want to know this? Because solvent extraction can create a CBD oil that differs considerably from one created through CO2 extraction.

Note that state laws often call for medical cannabis products to be either distinctly CBD- or THC-based. Mixing the two is generally not allowed. Therefore, chromatography is often used to make sure these two components are separated before extracts are turned into retail products.

Chromatography is quite useful in developing new medical cannabis products. Processors can start with a base extract and then go from there. For instance, they could choose to remove all of the cannabinoids except CBD or THC. Or they could create products with multiple cannabinoids. Even modifying terpene profiles isn’t out of the question.

Testing is obviously required before new products can be produced for public consumption. Again, chromatography comes in handy. Processors can determine exactly what is in each formula over several batches to guarantee repeatability. They can modify recipes as needed because they know exactly what’s in them.

It would be fascinating to know if the people who first came up with chromatography ever imagined it could be used for purposes other than separating pigments. Either way, the medical cannabis industry appreciates the fact that they figured it all out. Chromatography is very valuable to what they do. Processing would be a lot harder without it.

The advantages of online commerce

With the digital landscaping encompassing almost every industry vertical, you might be wondering whether it’s time to venture into...

The 4 Most Important Things to Include in Your LinkedIn Page

LinkedIn was founded on May 5, 2003. Since its inception, LinkedIn has grown to more than 750 million members with a diverse array of...

The Different Specialist Areas Digital Agencies Can Focus On

Some digital agencies are a Jack of all trades, meaning they will work with clients in all and every sector. Although the Jack of all...

What are the benefits of phone Repair services? There are a lot of reasons to be satisfied by an iPad or any touch screen mobile phone....

How to convert PDF to word manually

I suppose that you already know that the Portable Document Format that is so popular today originated in the early years of the 1990s, 1993...